An American in New Orleans 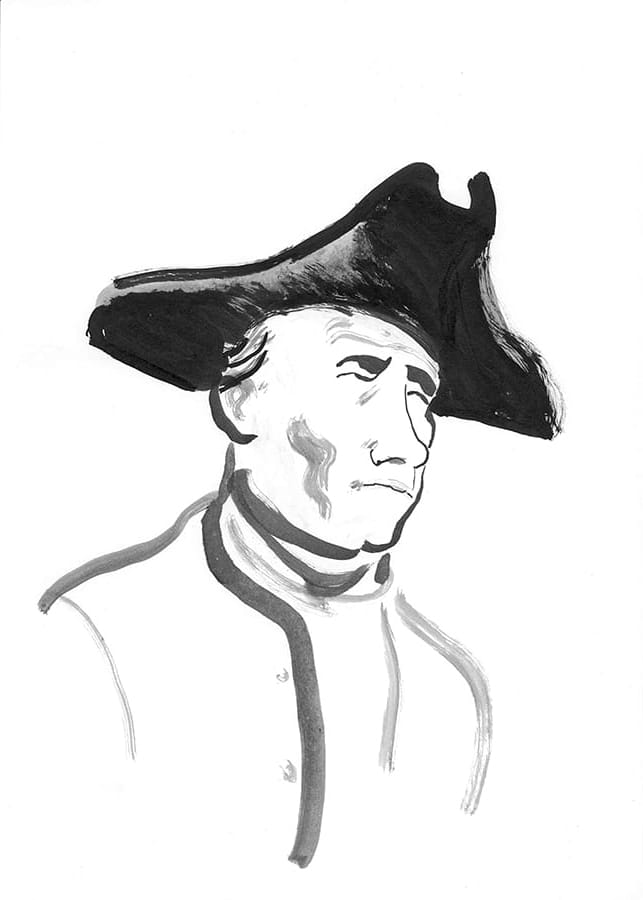 Oliver Pollock is known today as one of the key financiers of the American Revolution because of the money and supplies he raised for the rebel cause in Spanish Louisiana. A successful merchant, he worked with Louisiana Governor Bernardo de Gálvez in supporting the war aims of the Second Continental Congress. Once Spain entered the conflict, Pollock also served the Spanish cause by participating in the Mississippi River campaigns of Governor Gálvez and fighting with the Spanish army at the Battle of Pensacola in 1781.

Pollock was a native of Northern Ireland, born in County Tyrone in 1737. He immigrated to the British colony of Pennsylvania in 1760 in search of a better life. He first found work in a merchant house trading goods at the town of Carlisle. Within a year, he moved to Philadelphia, where he became affiliated with the firm of Willing and Morris, one of the largest mercantile establishments in the English colonies. The firm sent him to Havana in 1762, after the city had fallen to the British during the Seven Year War. Pollock supplied the British troops with goods furnished by Willing and Morris. He remained a resident of Havana after the Spanish resumed control of the city, operating a very profitable mercantile operation. In 1770, he married Margaret O’Brien, the daughter of another Irish merchant. He also befriended Spanish General Alejandro O’Reilly, who had been posted to the island.

The Peace of Paris, 1763, ceded Louisiana to Spain. Antonio de Ulloa was sent to New Orleans as the first Spanish governor, but his two-year term proved to be a failure, ending with an uprising of New Orleans residents against him in 1768. The Spanish king responded by dispatching troops from Cuba under the command of General Alejandro O’Reilly to restore control over the province. Oliver Pollock followed General O’Reilly to New Orleans, where he supplied flour and other foodstuffs to the Spanish soldiers. The general welcomed Pollock, permitting him to establish a merchant house in the Louisiana capital. Pollock sent for his family from Havana and became a successful merchant residing in New Orleans.

Pollock had a natural sympathy for the rebel cause, from the moment news of the fighting at Lexington and Concord reached him in New Orleans. His first opportunity to assist the Americans came later in 1776 when a small detachment of rebel troops under the command of George Gibson floated down the Ohio and Mississippi Rivers seeking military supplies from the Spanish government. Pollock welcomed Gibson and his men to the city, securing an audience for the military leader with Governor Unzaga. The governor agreed to furnish the supplies Gibson requested. Unzaga charged Oliver Pollock with assembling these supplies and sending them up the Mississippi to the colonies in rebellion. Thus began Oliver Pollock’s career as the American supply agent at New Orleans. Over the next several years, he would send many riverboats, called bateaux, up the Mississippi and Ohio Rivers to Fort Pitt in western Pennsylvania. There the supplies were loaded onto wagons and sent by road to the troops of the Continental Army. Pollock did not assemble these supplies in New Orleans by donation, but bought them from other merchants. He paid for them out of his own personal funds with the understanding that he would be reimbursed by the Continental Congress. When his money began to run out and no reimbursements were forthcoming from the Congress, he secured loans from merchants in New Orleans to keep the supplies flowing. In recording his financial accounts in his ledger, he abbreviated the notation of his funds by superimposing the “p” and the “f” of the Spanish peso fuerte. This symbol became the dollar sign which denotes the United States currency. Pollock is credited as its inventor.

The arrival of Bernardo de Gálvez as the new governor of Louisiana signaled a time of increased Spanish support for the American rebel cause. Gálvez became an anti-British partisan of the American rebellion, forging a strong partnership with Pollock, who was named official New Orleans agent of the newly proclaimed United States of America that same year. At the end of 1777, James Willing, an officer in the Continental Army, led a military expedition down the Mississippi, attacking British settlements upriver from New Orleans. Governor Gálvez extended Willing the hospitality of the city. He allowed Pollock and the American commander to auction the plunder taken from the British plantations in New Orleans. When the British protested the welcome the governor had extended to Willing, Gálvez brushed off these complaints and declared the city to be neutral territory. Thereafter, during all of 1778, Pollock continued shipping needed supplies up the interior river system to Fort Pitt. Supplies sent from New Orleans sustained the Continental Army during its crucial victory over the British at the Battle of Saratoga in October, 1777.

This rebel victory at Saratoga proved to be the turning point in the conflict, since it brought France into the war against Great Britain in February, 1778.  Spain, on the other hand, decided to wait for further developments in the conflict before joining the war as a combatant. Spanish assistance would continue in New Orleans nonetheless, and Pollock carried on with his supply activities through 1778. These grew tremendously in scope when the American military commander George Rogers Clark attacked British fortifications in the Illinois territory. By early 1779, Clark had taken British posts at Kaskaskia, Cahokia, and Vincennes. Oliver Pollock became the primary source of supplies for Clark’s operations. Again, Pollock borrowed money, securing loans as well from Governor Gálvez, to purchase these supplies.

Spain’s entry into the war occurred in June, 1779. Governor Gálvez commanded successful Spanish military campaigns against British posts at Baton Rouge, Mobile, and Pensacola. Pollock and eight other American Patriots accompanied Gálvez during his victory at Baton Rouge, and Pollock traveled to Natchez to accept the British surrender in person as the representative of the governor. He was also with the Spanish army when Gálvez laid siege to the fort at Pensacola in the spring of 1781, this time accompanied by about two dozen Americans.

By the end of the year, however, Oliver Pollock’s fortunes began to turn sour, because of the large indebtedness he had incurred over the four years he had been shipping supplies. He paid for most of these with his own money and by securing loans in New Orleans, but the Congress still had failed to reimburse him. By 1782, Pollock was bankrupt. In an effort to secure repayment for his loans from the American authorities, he decided to travel to the United States. Passing through Cuba, he was arrested and imprisoned briefly on warrants from his creditors seeking payment of their loans. Eventually freed through the intervention of his friend Gálvez, he returned at last to Pennsylvania.

With the end of the Revolution, Pollock made his permanent home in Silver Spring, a small town in the Shenandoah Valley of Pennsylvania, where he remained a merchant. Years later, he received partial payment of his debts from the Congress. He did visit New Orleans briefly in 1788 after a disastrous fire that had devastated the city, bringing a shipload of supplies, including a fire engine he sold to the Cabildo. In his retirement years, he moved back to the Mississippi Valley, settling at Tunica Bend on the river, north of Baton Rouge, in 1819. He died there on December 17, 1823. Oliver Pollock’s story is essential to understanding the role Spain played in supporting the independence of the United States during the American Revolution.